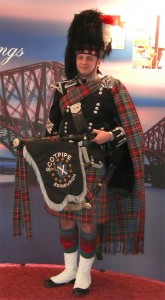 SCOTPIPE was created by myself, Scott Duncan, in order to offer a professional bagpiping service both in Scotland and throughout the world.

I became pipe major of my local community pipe band at the age of 16, before I started performing as a solo bagpiper at various weddings and events, which has grown over the last 15 years to managing my own pipe band.

I have extensive experience of playing at different occasions including weddings and funerals, New Year celebrations, live concerts, product launches, sporting events and various charity functions, as well as regularly performing for the Scottish Government at Edinburgh Castle.

I have also performed for British royalty in Edinburgh, as well as being personally selected to play for Pope Benedict XVI on his visit to Scotland in 2010. 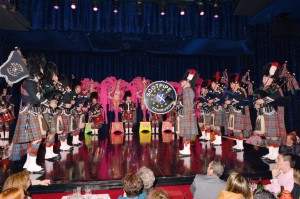 Over the years I have formed my own band the SCOTPIPE band, to help me offer mini and full pipe bands for events, where a greater impact is needed than I could offer myself.

I believe in only providing the highest service, which is why I always wear the full traditional ceremonial Scottish bagpiping outfit, unless specifically requested to wear the less formal ‘No 2’ outfit. Please be aware many other pipers do not have these outfits, or charge more for them, where I believe that you should only get the best without having to pay extra for it.